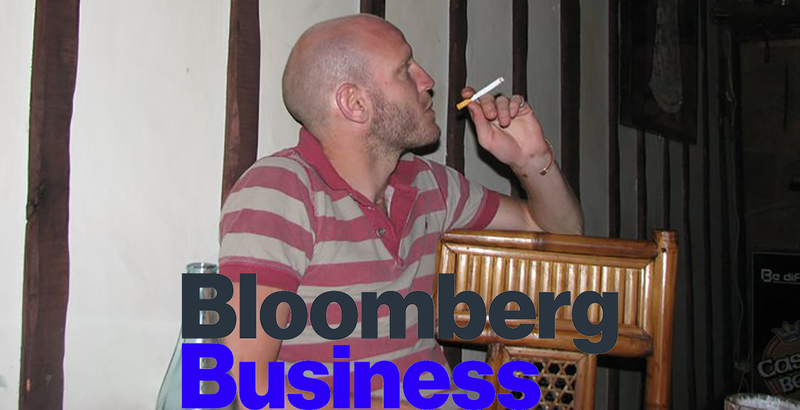 It is hard for people in East Africa to get western media’s attention. It is even harder when the latter’s freelance reporters suppress flow of information, or choose to ignore facts on the ground. Two of such freelancers are currently reporting from Ethiopia: William Davison and Elias Meseret.

Ethiopia is notorious for expelling foreign journalists if it suspects they would not be influenced. Ethiopia ranks at the bottom when it comes to press freedom.

According to the BBC report in January 2006, Anthony Mitchell, Associated Press Correspondent who died in Kenyan Airways Flight 507 crash, was ordered to leave Ethiopia in 24 hours after Ethiopian government accused him of “disseminating information tarnishing the image of the country ‘despite repeated advice not to do so’”. Journalists are often told what to report in Ethiopia.

These circumstances forced the western media to rely on coward and unprofessional reporters. Fair and unbiased reporters were kicked out; the pawns stayed. Amateur bloggers went to jail; the pawns roamed free.

Bloomberg is one of the western media that is hiring one such pawn, William Davison. Besides lazily spun Ethiopian government press releases he often sends to Bloomberg Business, his social media accounts paint a very different picture. An adventurer, whose full time job is partying, and also fully immersed in Ethiopian culture. A crusader, whose duty is to rescue Ethiopia from the tarnished images of starvation and poverty.

William Davison is a no ordinary Ethiopianist because he has a megaphone like Bloomberg. The Guardian understandably publishes his “reports” in Opinions section. Bloomberg Business not only did Ethiopians a disservice, but also did U.S. taxpayers’ a disservice by hiring a fanatic who would overlook the truth to paint a positive picture. Ethiopia received $870,054,350 from the United States in 2012 alone. 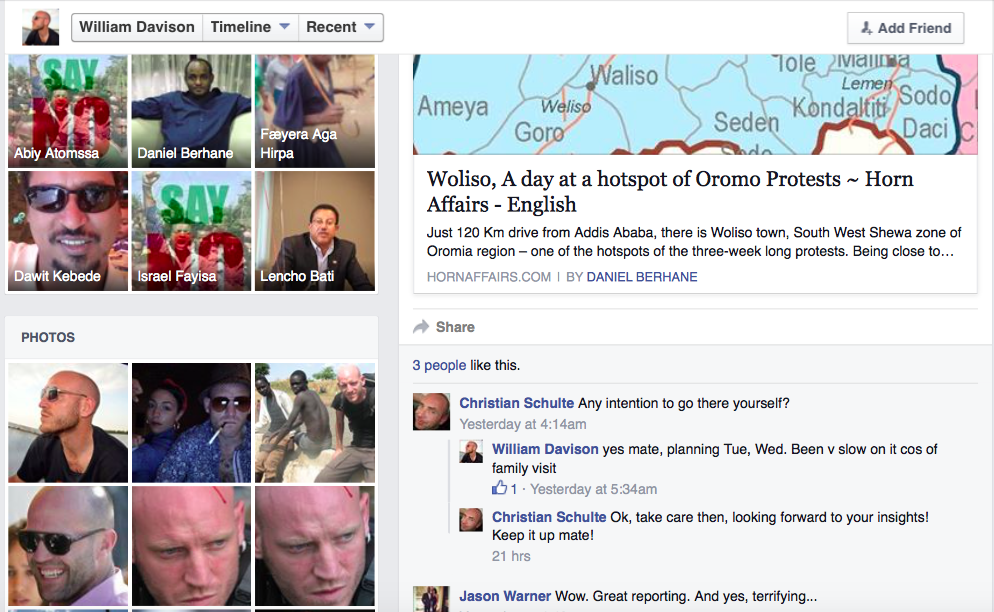 By his own admission in his Facebook comment on Sunday, Dec. 14, 2015, William Davison had no time to travel to the areas of the protests against Addis Ababa’s Master Plan, “due to family visit” [it appears his parents have Ethiopianism fetish as well, from his Facebook pictures.] Less than twelve hours later, an absurd article quoting an obscure Human Rights Group based in Addis Ababa appeared on Bloomberg website. 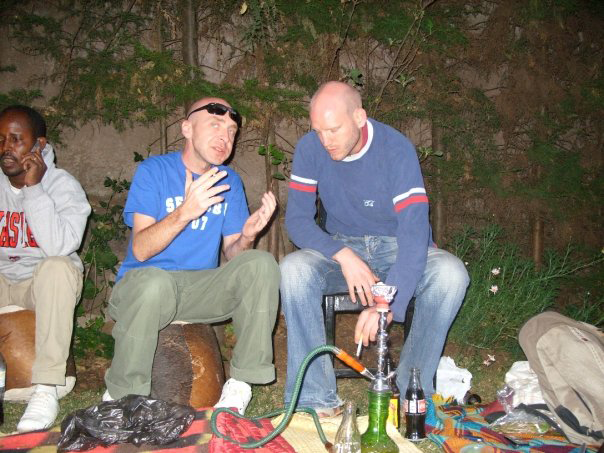 The report under his byline was titled, “Ethiopia Oromo Protests Spark Fatal Ethnic Clash, Group Says”. This report was absurd in many ways. Oromo students and farmers have been protesting the Addis Ababa Master Plan for a month now. This “reporter” was nowhere to be found. Perhaps, he was holed up in a hookah bar. Perhaps, he has been playing with his puppy. Perhaps…perhaps…only he knows where he has been for one month, and then quotes an unknown group. Wait…he is not done yet. The group’s quote makes the title of the report. Do you know what else he ignored? The fact that Ethiopian armed forces murdered more than 40 students and farmers. Yes, he spun a press release from a government-affiliated group. 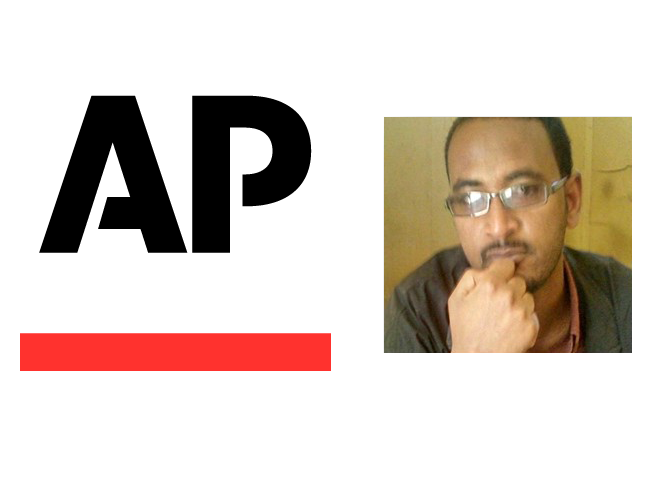 We can understand Elias Meseret’s motives when it comes to reporting on matters involving Oromo ethnic group. We are willing to forgive him for that, but we are not willing forgive his employer, Associated Press.

We would urge Bloomberg Business and Associated Press to fire these two “reporters”. Bad information is worse than no information.