A lawsuit has been filed against an obscure corporation formed in the State of Delaware targeting the Oromo Diaspora. Genocide Prevention in Ethiopia (GPE) was formed in October, 2020, according to the new civil lawsuit filed in the United States District Court for the District of Delaware.

The lawsuit alleges, among other things,

Defendants acted intentionally with extreme and outrageous conduct when they accused Plaintiff of crimes against humanity, or with reckless disregard of the probability of causing, emotional distress; which caused the Plaintiff’s suffering emotional distress.

— See Link to copy of the lawsuit

The company doesn’t appear to have identified its leaders or members but the lawsuit identifies two people, who it says are involved in Genocide Prevention in Ethiopia and its operations. GPE’s website is built with a bare minimum webforms, photo slides and no known point of contact. They put their mission as follows:

Genocide Prevention in Ethiopia (GPE) works with humanitarian organizations, nations, and concerned citizens of the world to stop the ongoing Amhara genocide and other ethnic based atrocities in Ethiopia, and ultimately to end the barbaric ethnic system which is Balkanizing Ethiopia.

The domain name for the website was registered on October 24, 2020, exactly two days before the company was incorporated in Delaware. The registrants’ information is private. The HornPost attempted to get information on the owners of the company from their Registered Agent, but received a reply saying they would only provide it upon court order. It’s impossible to get information from Delaware’s Division of Corporations because the company failed to file the required yearly tax documents. All these secrecy tactics imply the company has no legitimate business but harass a certain group of people.

The company’s social media accounts appear to be disseminating unverified information with graphic images. They are primarily focused on accusing the Oromo people and Oromo Liberation Front of genocide against Amhara. The group also maintains a page on Medium where it issues exaggerated newsletters and reports. There are some hints as to who is running the company. For example, the following tweet identifies one individual as a “founder of GPEthiopia”. 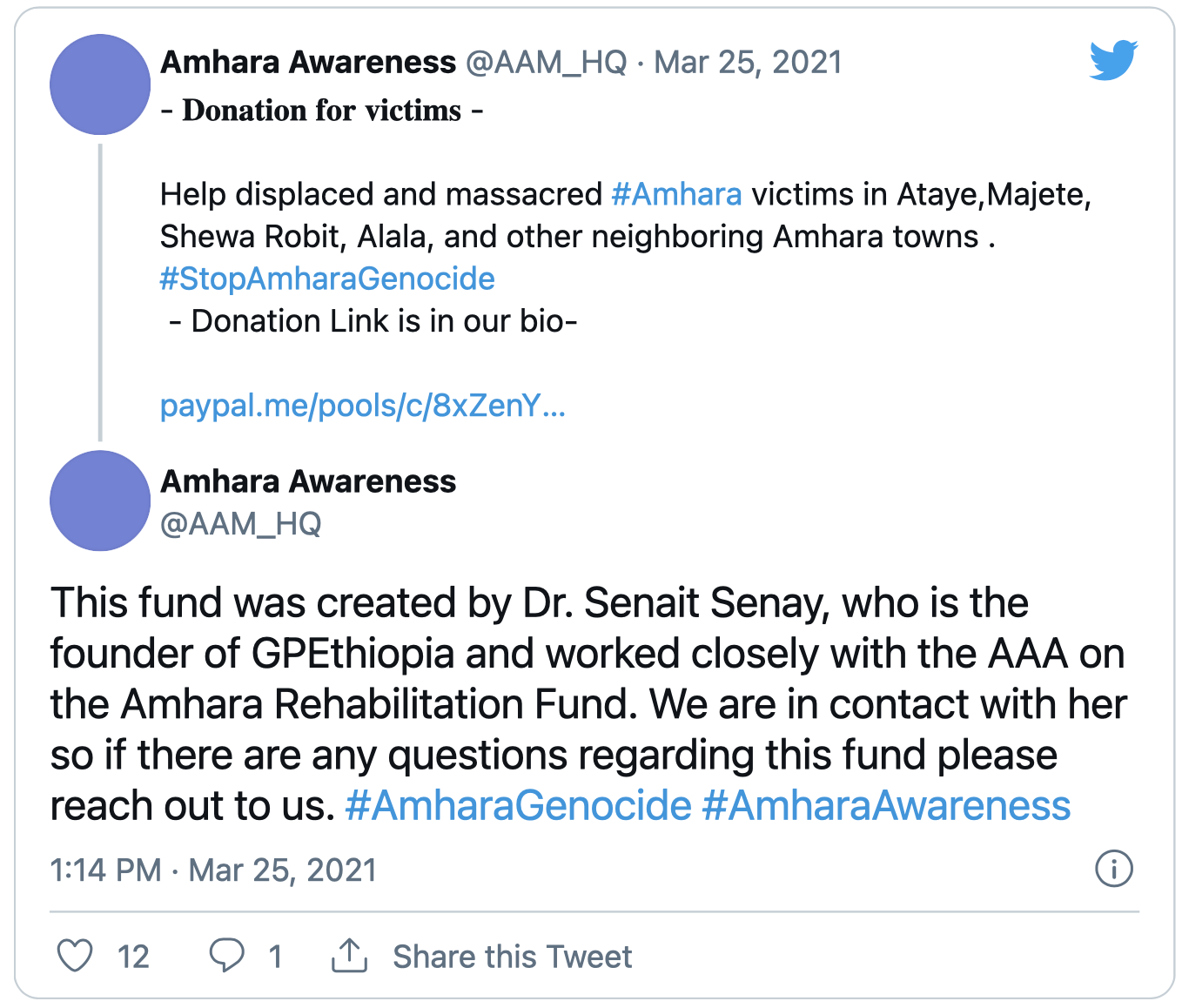 The individuals wrote letters to employers of Oromo professionals in an attempt to get them fired. Sources tell us the group had some successes in getting Oromos fired. The lawsuit includes a copy of the letter signed by “GPE executive committee”.

You can read the lawsuit here.

Disclaimer: Dr. Tolessa Gurmessa is a contributor to The HornPost.