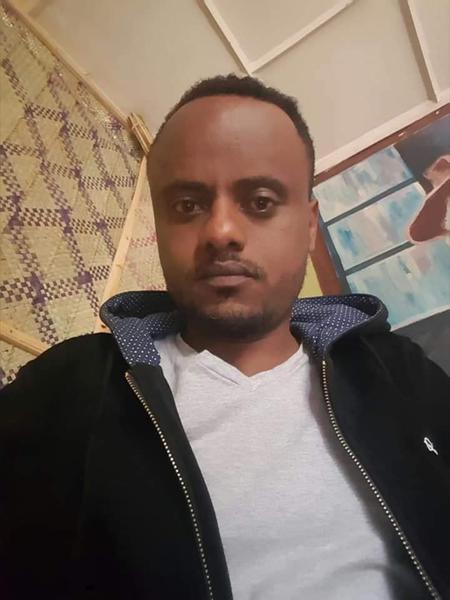 ADDIS ABABA — A determined activist has embarked on busting amateur news fakers on Ethiopian social media by posting side-by-side images from the fake posts and the original sources. Ethiopian fake Facebook post creators have been misleading the public to sow a discord among different ethnic groups and to disrupt the reforms promoted by Prime Minister Abiy Ahmed.

Tamiru Kitata’s background is in Engineering. He graduated from Arba Minch University. While his job description on Facebook says he is self-employed, he stands out from Facebook users in Ethiopia by posting side-by-side photos, and known for exposing fake news on Ethiopian social media.

In the aftermath of the sweeping changes in Ethiopia, different factions started a misinformation operation on social media, often posting old and outrageous photos accompanying outrageous claims. While the proponents of Prime Minister Abiy Ahmed blame the old guards of Tigray People’s Liberation Front — a party among the current coalition government — which has also been pushed out of its former dominant role, a myriad of interest groups including opposition parties vying for power had roles in spreading false information on Ethiopian social media.

Mr. Kitata recommends TinEye — a reverse image search engine developed by Idee Inc., where users can upload photos and find matching instances from the internet. Another tool users can use to find out sources of images posted on social media is Google ImageSearch. The latter is robust.

The HornPost asked Mr. Kitata about his motivation to fact-check photos posted on Facebook. He pointed to a response he provided to the Ethiopian Reporter, in which he said an imposter Facebook account tricked him. He pointed to one particular fake news posted on Facebook posted by the infamous Ethiopian social media menace named Daniel Berhane. In his Facebook post Mr. Berhane claimed Oromo people — the largest ethnic group in Ethiopia are savagely murdering ethnic Somalis in Oromia Region. 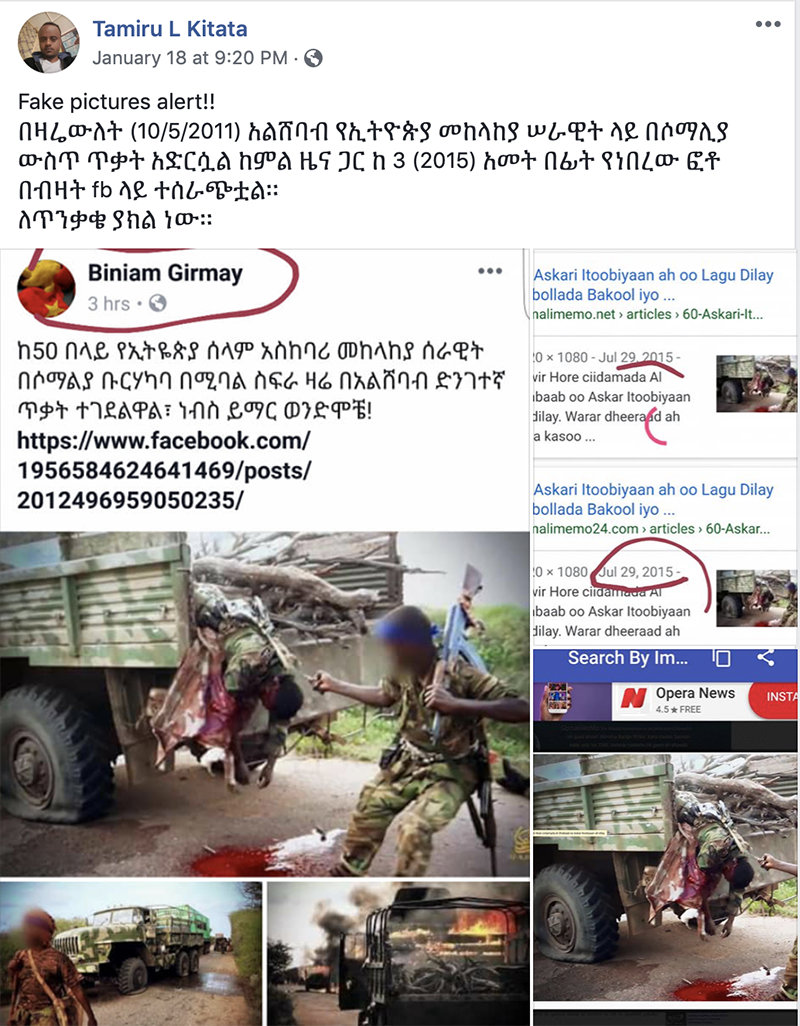 What made Mr. Berhane’s claim even more outrageous is that he attached an image, in which people were hauling bodies to what appears to be a mass grave in a pickup truck. There is only one problem with that image. It never happened in the Oromia Region of Ethiopia. Heck! It never happened in Ethiopia. The image came from a Burundian human rights organization which discovered at least 14 mass graves in Burundi, in August 2016. Mr. Berhane’s intention was to inflame the conflict in eastern part of Ethiopia. 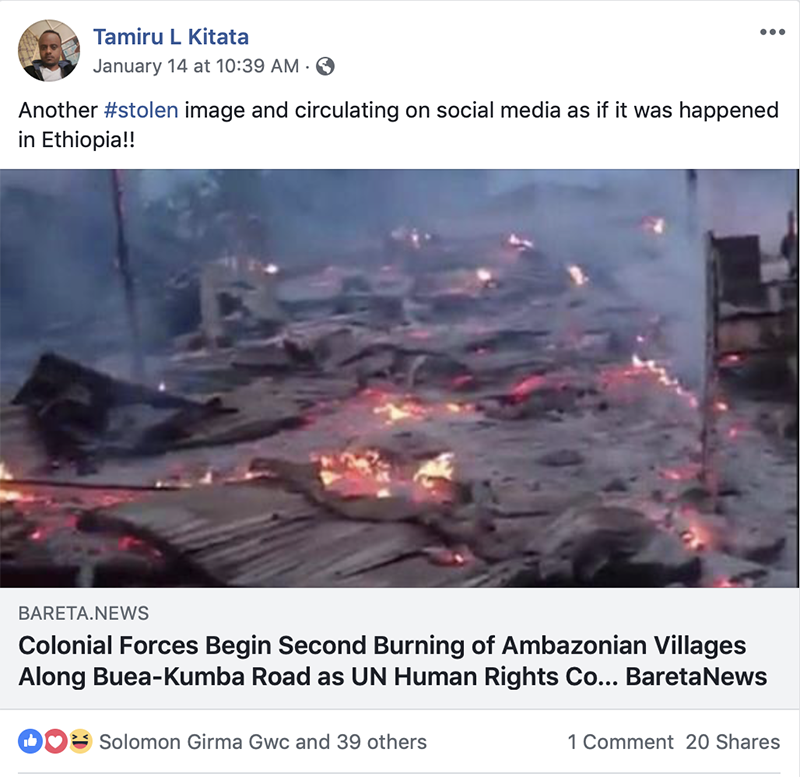 Mr. Berhane fiercely defended the actions of Ethiopian government until Mr. Abiy Ahmed claimed the premiership. Once the Tigray People’s Liberation Front was sidelined, he criticized the same Ethiopian government he used to defend. Mr. Berhane is from Tigre ethnic group. Had it not been for vigilant activists like Mr. Kitata, the fake news created by Mr. Berhane and his allies could have had severe consequences.

Ethiopia’s internet penetration is still low — 15% according to the latest estimate from CIA Fact book. Of the nearly 16.5 million Ethiopian internet subscribers, about 27% are active Facebook users according to Internet Web Stats, a site that tracks worldwide internet penetration. That’s still enough to spread false stories and rumors with severe consequences.

BBC has recently reported on the prevalence of fake news and itsdevastating consequences in Africa.