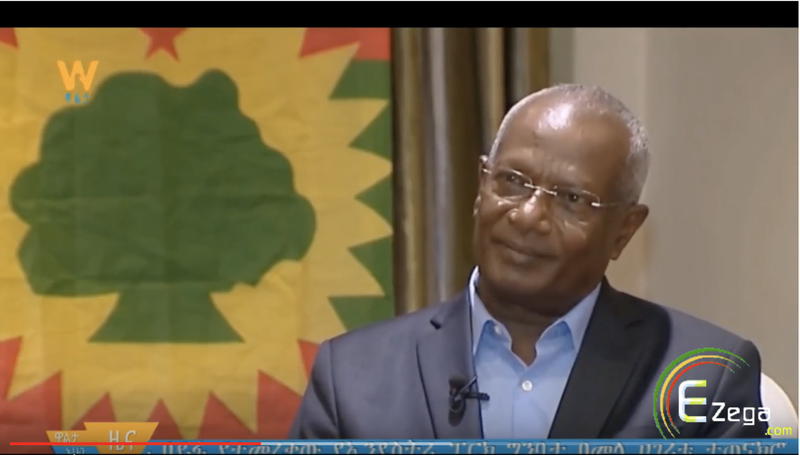 The chairman of the Oromo Liberation Front (OLF), Ethiopia’s opposition group that recently went back to the country, says OLF has no intention to disarm its fighters. Mr. Dawud Ibsa seemed to imply there is no agreement for his organization to disarm.

In what appeared to be a complete makeover, the prime minister of Ethiopia, Abiy Ahmed, changed the way they do politics in Ethiopia. Right after taking over the premiership, he freed political prisoners, reached out to prominent foes — Eritrea and a handful of Ethiopian opposition groups. He set out to normalize relations with Eritrea and encourage the opposition groups to take part in and contribute to a peaceful political environment in the country. To the surprise of many skeptics, he has been successful so far.

In the first six months of his administration, Abiy Ahmed has normalized relations with Eritrea. And almost all Ethiopian opposition groups, except the Ogaden Liberation Front have answered his call to “contribute to a peaceful process”. Hundreds of thousands of adoring fans painted in their respective flags welcomed some of those opposition groups. Expats rushed to join the celebration and infused the banks with the much needed foreign currency. The prime minister also made changes on the economic front by opening sectors to privatization, which garnered admiration from some and condemnation from others.

Mr. Dawud Ibsa and his entourage arrived in Ethiopia in September after a nonpublic agreement between his group and Ethiopian delegates in Asmara. It was reported that OLF has agreed to abandon an armed struggle and take part in a peaceful political process in the country. Their arrival was celebrated by adoring crowds composed of the Oromo Youth known as Qeerroo.

It’s on the heels of these sweeping changes and renewed optimism that Walta Information Center published a summary of the interview with the OLF’s chairman. He provided a confusing answer to a simple question asking whether OLF is now disarmed. “Disarmament is a sensitive issue,” said Mr. Ibsa per rough translation from the Amharic interview. “We do not want to be seen as disarmed,” he added. He also seemed to question the Ethiopian government’s authority or moral to disarm OLF while it’s armed itself.

While the agreement between OLF and the Ethiopian government that was facilitated by Eritrea is not public, we can’t imagine Ethiopia agreed to open its doors to a hostile enemy which OLF was until recently. Some social media observers suggested the question caught Mr. Ibsa off-guard, and he gave an incoherent answer while some suspected he is trying to force concessions from the Ethiopian government.